Get fresh music recommendations delivered to your inbox every Friday.

The Lights In the Aisle Will Guide You 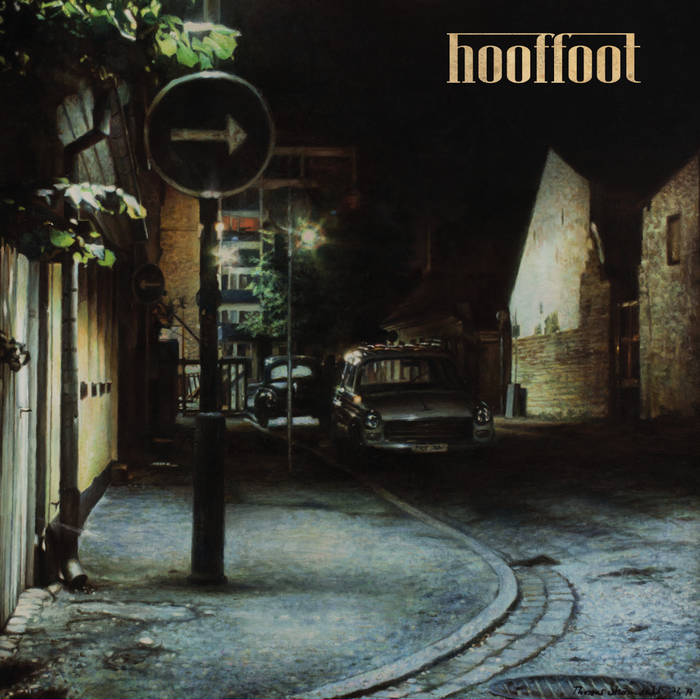 This album is intended to be your guiding light through days of darkness. The second album (CD and LP) by Swedish progressive jazzrockers HOOFFOOT mixes spontaneity with carefully crafted themes and the music falls into place as natural and prophetic as the album title; “THE LIGHTS IN THE AISLE WILL GUIDE YOU”. Although not a concept album as such, maybe the four instrumental compositions on this album are all about navigating a world in flux? There is definitely a sense of constant change and movement in the music. Just like a spy novel from 1976-1979 you want to find out where it is all heading. Why those specific years? Read more below to find out.

HOOFFOOT, from Sweden, released their debut album in 2015. It was voted album of the year in both Greek and German reviewer forums covering progressive rock. On the follow up you will recognize the eclectic blend of folk/jazz/prog but you will hear the musicians stepping up to the next level, sweating more and taking more chances. The band is now a tight quartet but still manages to sound larger than on the debut. The soundscape is further expanded by invited solo artists contributing with percussion, violin, saxophone and trumpet.

Bengt Wahlgren, keyboardist in HOOFFOOT, was looking for an image with connection to HOOFFOOT’s home town Malmö to use as an album cover. One day he stumbled upon an oil painting, in a style referred to as super-realism, portraying a street only one block away from his home. The painting, “Nattljus vid Källargatan Kirseberg” took three years (1976-1979) to complete for Malmö artist Thomas Strömdahl and fitted perfectly for the mood - “Malmö noir”- of the new album! The next idea was less realistic than the painting, "Hey, let’s re-stage this set including the original car for a photo shoot with the HOOFFOOT members included"
Bengt managed to find Thomas Strömdahl, who gave his approval for using the painting as album cover. After listening to early mixes of the new HOFFOOT album, Thomas stated that it reminded him very much of the type of music he listened to at the time of the painting's creation; Can, Amon Düül and Tangerine Dream. What are the odds?
The next step was trying to track down the car. Bass player Pär Hallgren succeeded in finding the current owner who explained that the car was parked in an old barn in the countryside. (Strangely enough, very close to the location of the studio where HOOFFOOT recorded their debut album.) Unfortunately, the car was in so poor condition that it could not be transported and used for the photo shoot, Fortunately, the owner had a nearly identical "spare car". The car was transported from the barn and placed on the same spot in the street of Malmö where it´s predecessor stood some 43 years ago. Photographer Jörgen Persson worked with the band with staging and photography and the resulting photo was used for the inner sleeve of the new HOOFFOOT album released in December 2019.
For everybody involved, this is so much more than a photo. It is a great story, a process, a reminder that it is worth investing time and effort into something if you know what you want to achieve, regardless of whether it is music or an oil painting.

The album was mixed and mastered in 2018 by Silas Bieri and Hooffoot in studio In-Discourse, Malmö Sweden. Vinyl mastering was made by Janne Hansson, Atlantis studios, Stockholm.

The painting used for the cover was painted between 1976-1979 by Swedish painter Thomas Strömdahl.

Bandcamp Daily  your guide to the world of Bandcamp